I found me some shrrriiimmmmp last night…

Had I said this a few years ago, as a sassy single lass, that sentence would have a much more sinister meaning.  But now that I am married sassy lass, it literally means that I found some shrimp at the Williamsburg Food Bazaar last night.

Since I don’t really know how long shrimp lasts in the fridge, and my freezer works in a best-effort basis, I decided to tackle my shrimp today.  A surprisingly simple spicy shrimp sauce, with zoodles.

My usual approach to any recipe that calls for garlic, is to quadruple it.  So I started with assembling the ingredients (full disclosure, I only did this for the purposes of this blog, normal people do not cook like this). 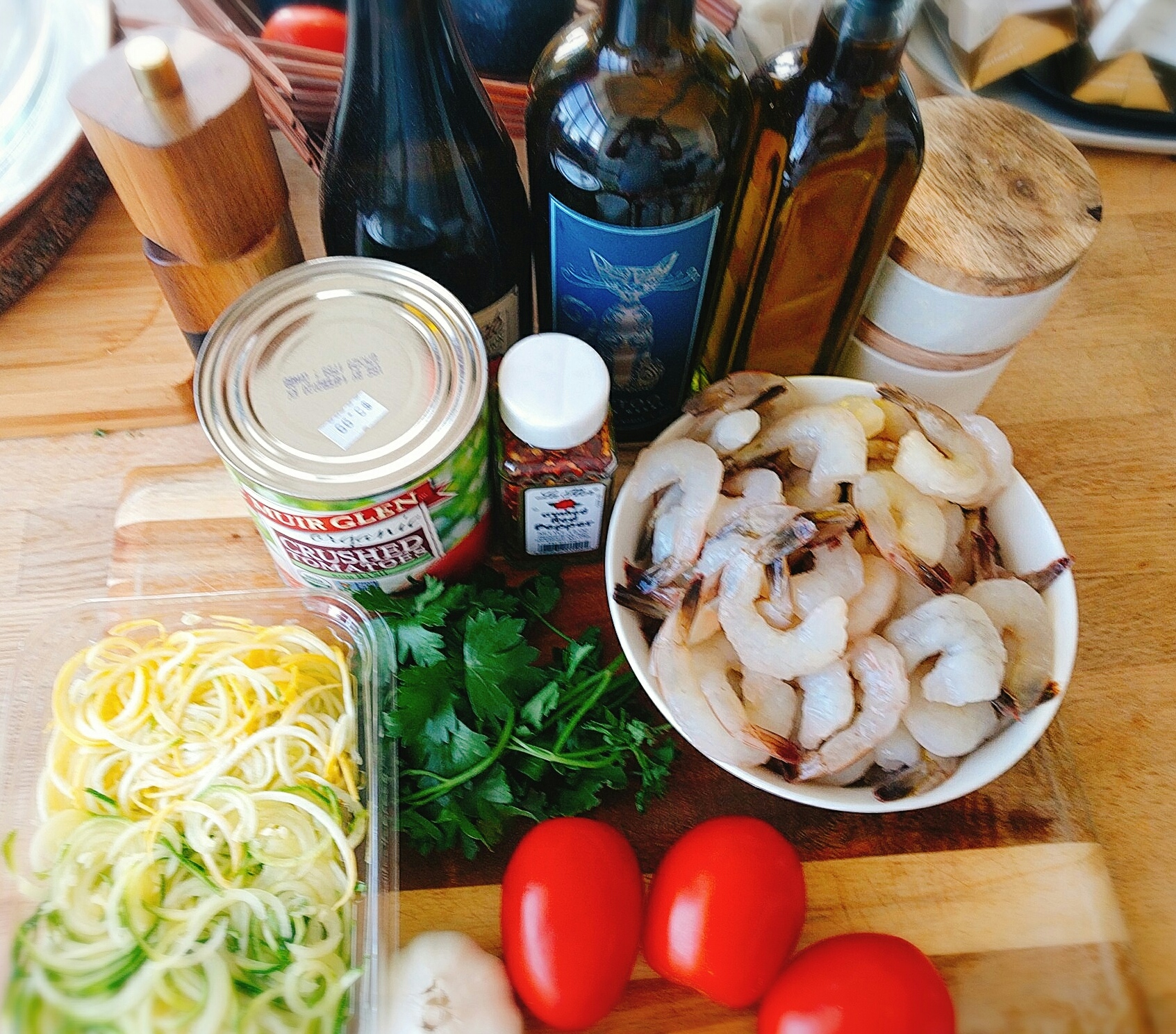 There is no actual red wine required in the recipe, except for consumption by the chef.  Learning from a severed thumb incident earlier this year, I waited until post-chopping to indulge.  There’s nothing worse than a whole knob of thumb in your garlic… 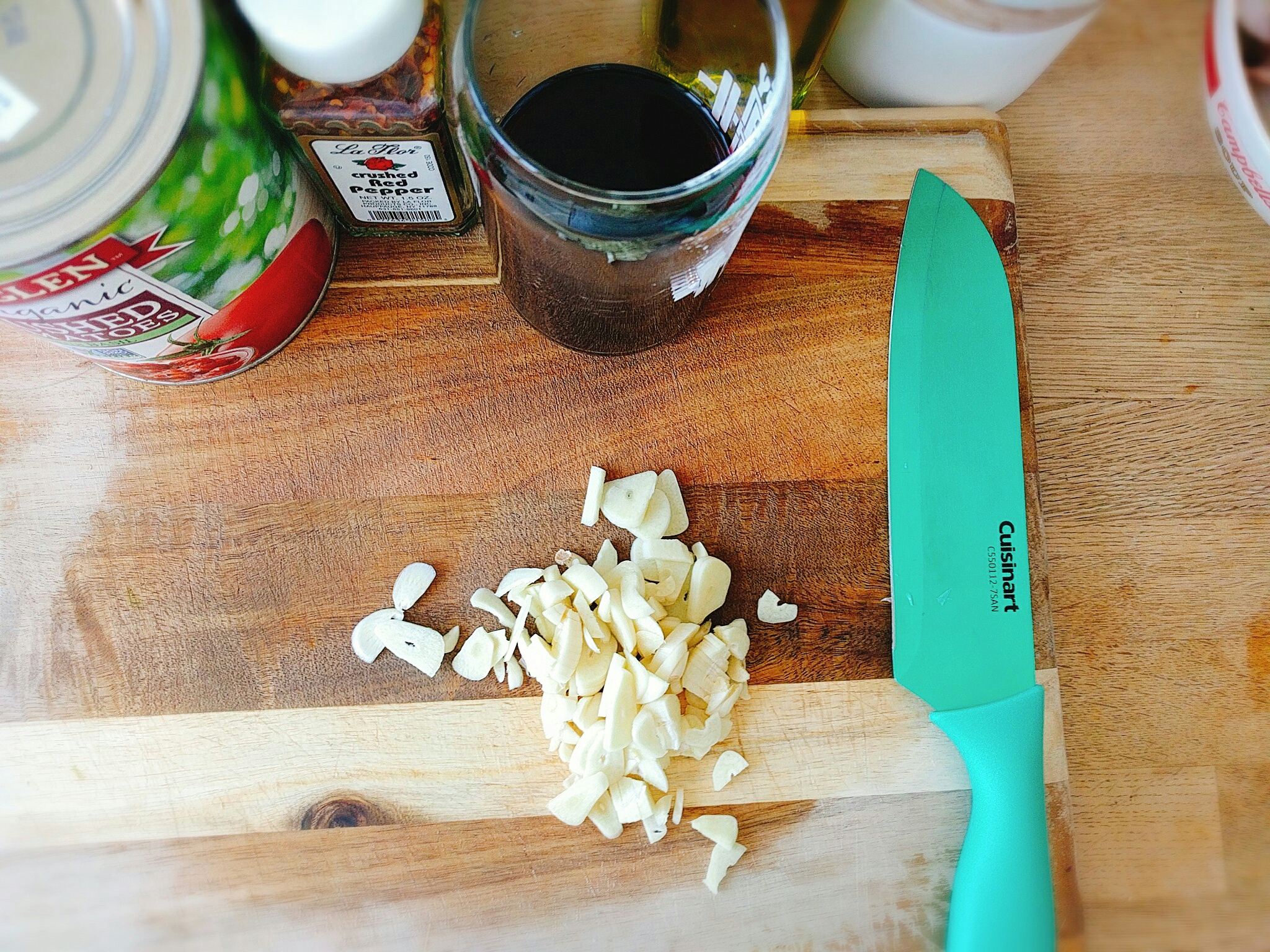 I made two mistakes here.  First, the shrimp appeared to be aged.  I paid $16.99 for this shrimp and I was not to be deterred — I remedied (partially) with lemon juice.  Second, I added the zoodles too early.  They ended up cooking into the sauce, rather being my pasta stand-in.  We ultimately spooned sauce over uncooked zoodles, which worked really well, as they were certainly el dente (ha ha).

Despite the setbacks, Bill and I ended up eating most of this meal.  This sent me into panic because there was two pounds of (old) shrimp in there.  The alcohol from the wine will kill the bacteria right?  … Also… I really need to work on my portion control.